The Other 3-D Dump

Well, here's the only other model I've done so far. It was supposed to be for the Blizzard Art contest, but I wasn't able to finish it in time. I would have had to finish the model. Then, learn to texture it and all while I had just started classes.

I also used a model sheet to help me make the model on this one. I wanted to make him pretty complicated and cool looking. I looked up some info on Diablo 2 and found some information on demons from the games, and it talked about one called Azmodan. He was one of the lords of Hell but was never shown in the game. So, I thought I'd give it a shot. 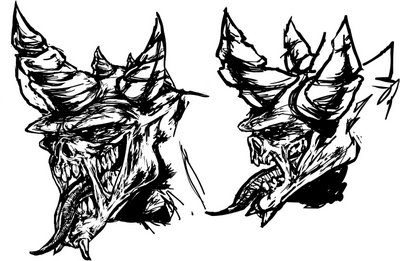 Sadly, I just realized the only shots I have of this model are of experiments I did. I do have some wireframe shots, but they have so much errors I haven't fixed just yet. I'll probably post more when I've cleaned up the model.

These images were from when I was trying to see how much detail I could make in Maya. I subdivided the low-poly wireframe and started pulling and pushing vertices and edges. Eventually, I managed to make some wrinkles and other cool stuff. 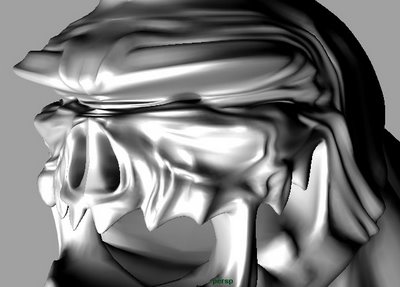 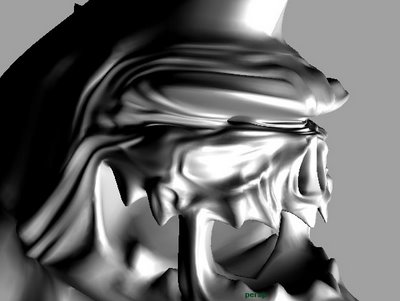 And this one was done in the Mudbox beta. The program is mindblowing. I had no idea how to use it and just starting messing around with the Scratch tool and ended up with this after about an hour. And I didn't even sub-divide the polygons to the best level used to add details. I only subdivided it 4 times, since any more made my computer run slow. I've read the usual is level 7 to add serious details. 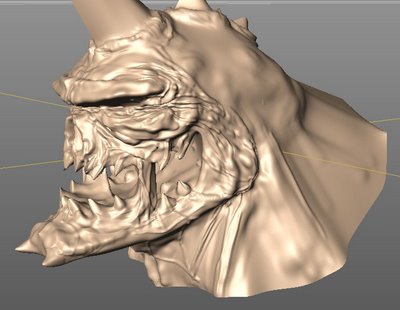 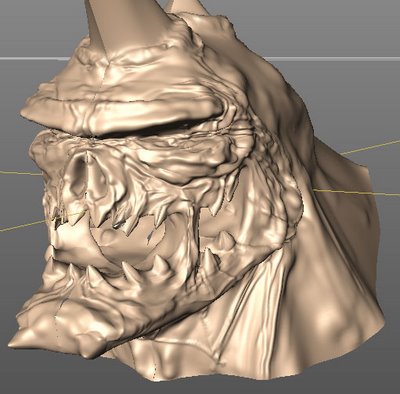 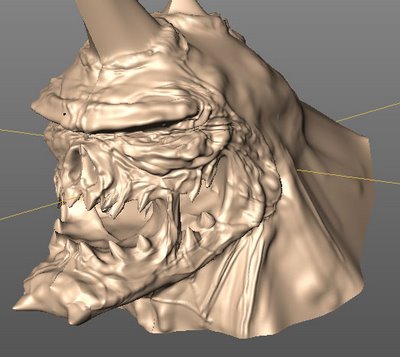 When I have more free time I'm definetly going to finish up this model as much as I can. The wireframe is coming along nicely, and from there I'll just finish him in Mudbox.
10/13/2006