This was an illustration assignment of designing a book cover. I decided to go with Stephen King's The dark Tower, mostly because I could think of alot of cool imagery and interesting stuff I could associate with it.

My orginal idea had the bottom part of the gun being just a silhouette made up of a pile of dead bodies. Like in this sketch. 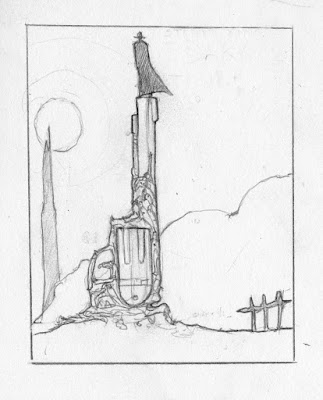 But the teacher said it was too gruesome for a book cover and it was unnecessary or something. I still stand by it, it would have looked so good, and one of the major parts of the story revolves around the main character having to massacre a whole town that had turned against him. So it tied in with the story. But whatever. 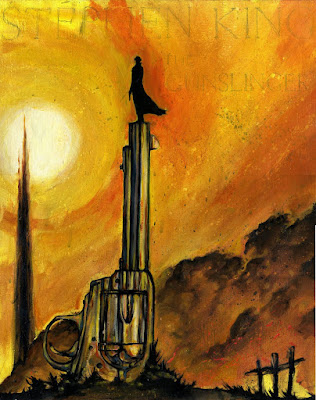 And here it is with some sample text. 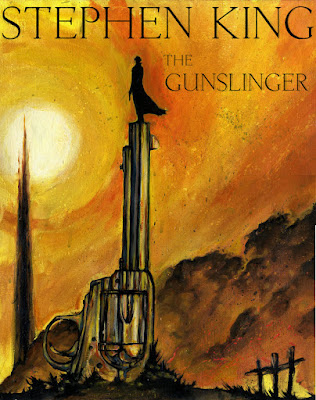 I have about three more assignments I'll be posting up real soon.
10/28/2008
Labels: painting