So, I watched a Harry Potter marathon on ABC family a few weeks ago, and I've been watching the Deathly Hollows trailer every once in a while too. So, I've had Voldemort stuck in my head for a while.

So I started up Zbrush and got to work. I also managed to save some of the process along the way. This is him pretty early in the sculpting process. You can tell because his teeth are way to pretty. 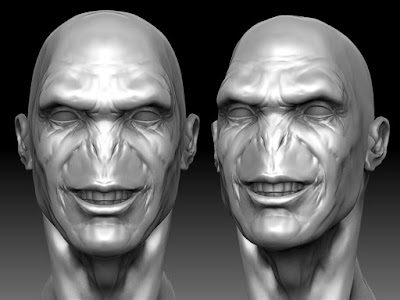 Here he is after the sculpting was mostly done and I started polypainting him. Thanks to all the screenshots from the movies I accidently made him way too blue. It worked out well in the end though, because it gave him a nice dead, veiny base color. 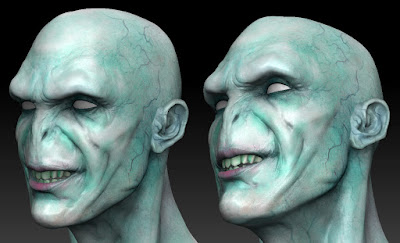 Here he is with his final more human skin tone. 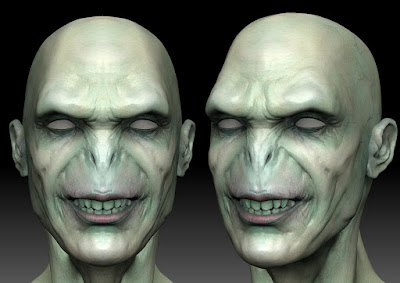 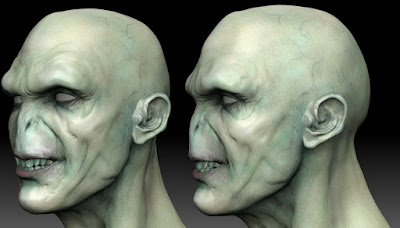 Also as practice I sculpted the smiling model into a frown. 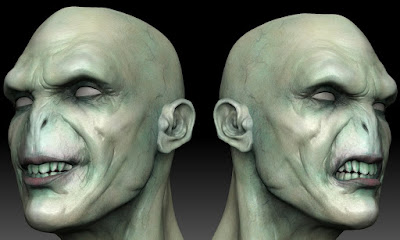